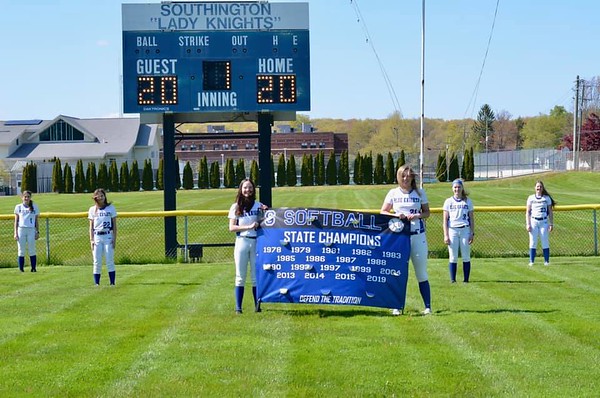 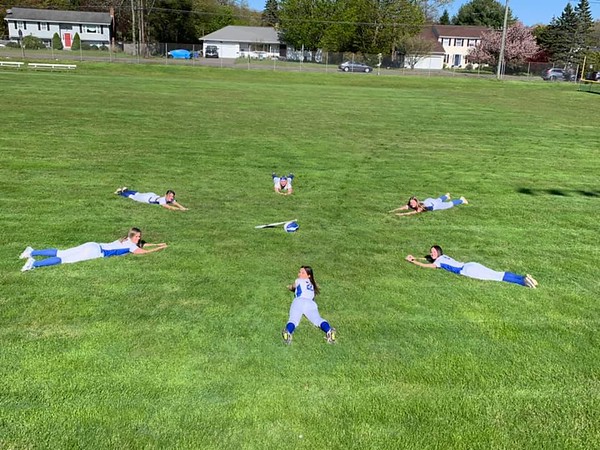 SOUTHINGTON -- As the calendar had approached April, Southington head softball coach Davina Hernandez and her players couldn’t help but be excited.

They believed the Blue Knights were heading into the 2020 season with plenty of momentum and with good reason. Not only was Southington getting ready to defend the program’s 18th Class LL state championship after beating NFA in the 2019 state final, but the Blue Knights believed they had the right mixture of veterans players and young talent that would have been tough for any team to contend with.

“We had put in so much work throughout the winter and the offseason,” senior Alex Rogers said. “We felt really confident about the team we had.”

But over the course of the next two months, that turned out not to be the case. There would be no title defense, no regular season games, no home crowd cheering on the perennial powerhouse, no more bus rides and no Senior Night. The coronavirus pandemic had taken those things away from this year’s team when the CIAC officially canceled the spring season on May 5.

It was far from the ideal way Southington had envisioned as the final run for its six seniors - captains Rogers and Katie Gundersen, Kristin Rose, Kelsey Fernandez, Kasey Mason and Gigi Perugini - with the program. So on Wednesday, the Blue Knights arranged to give them as proper of a sendoff as they could.

“We were holding out a little hope that we would be able to play some kind of games,” said Hernandez of the group, which was the first she had worked with when she first joined the program as a coach, instructing both at the varsity and youth levels.. “I know it wasn’t the way they wanted things to end, so we wanted to make sure we did something special for them. They’ve had such an impact on our program and to see them grow from kids to young women has been incredible.”

On the field where they had made so many memories, Gundersen, Rogers, Rose, Fernandez, Mason and Perugini were able to put their jerseys on for one last time, took their positions and posed for photos in front of the scoreboard while making sure to adhere to social distancing guidelines of being six feet apart.

Throughout the afternoon they were back on the field, the six seniors and their coaches shared plenty of laughs and stories about their time with the program that covered just about every topic. Winning the state title came up, but so too did tales of the bus rides, the friendships developed, the hard work and the expectations that came from putting on the Blue Knights jersey among others. There was the time last season Southington went to Windsor for a game only to have the lights stop working and a dance battle between the two teams ensued.

“I remember growing up when I was younger, I’d always come to the games and see them win championships,” Fernandez said. “To be a part of that was really amazing.”

But perhaps what each of the six will take away from being part of the Southington tradition the most isn’t necessarily the wins or the championships, but the bonds they were able to establish with one another since they first laced up their cleats and tossed around a softball. It’s also what made the lost season so difficult and what made Wednesday a special one under the circumstances.

“Most of us have played together since we were 10 years old,” Gundersen said. “We’re really close and we’ve really become kind of a family.”

“Most of us have played together since we were little,” Mason said. “We’ve really had a chance to grow close just from being together all the time.”

Now, with their high school careers officially done and graduation less than a month away, the six are looking forward to beginning the next chapters of their careers and lives.

Rose, Gundersen and Fernandez will be playing softball in college at CCSU, Florida Southern College and the University of Saint Joseph, respectively. Perugini will be swimming at the next level, while Rogers will attend CCSU and Mason will be off to UConn.

“I’m excited,” Rose said. “I’m looking forward to getting started. I love the program, the players and they have great coaches. I’ve just been working and trying to stay sharp.”

But while each is looking forward to what lays ahead, Rogers, Gundersen, Rose, Fernandez, Mason and Perugini will look back on Saturday, not so much with a sense of what good have been, but an afternoon for them to enjoy being members of the Southington softball team one more day.

“It felt good to be back in the uniform and just to be together as seniors one more time,” Perugini said.