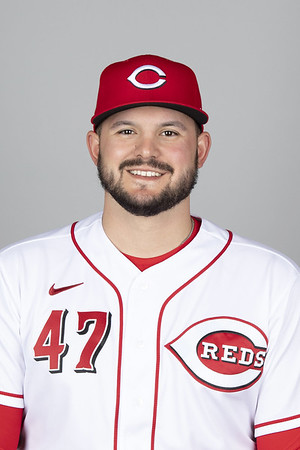 Sal Romano of the Cincinnati Reds baseball team. This image reflects the Cincinnati Reds active roster as of Tuesday, Feb. 23, 2021 when this image was taken. (Jennifer Stewart/MLB Photos via AP) Buy this photo
Published on Monday, 13 September 2021 20:53
Written by Staff Report

Sal Romano, who grew up in Southington, has elected free agency in lieu of accepting an outright assignment with the Yankees, according to the team’s Twitter account.

Romano was designated for assignment and was not claimed on waivers. The Yankees signed Romano to a minor-league deal in May and the pitcher has shuffled back and forth to the MLB roster three times.

In three games, Romano has allowed one run, five hits, a walk and four strikeouts with the Yankees. He also posted a 3.56 ERA in 30 1/3 innings with the Scranton Wilkes-Barre RailRiders, its Triple-A affiliate, this season.