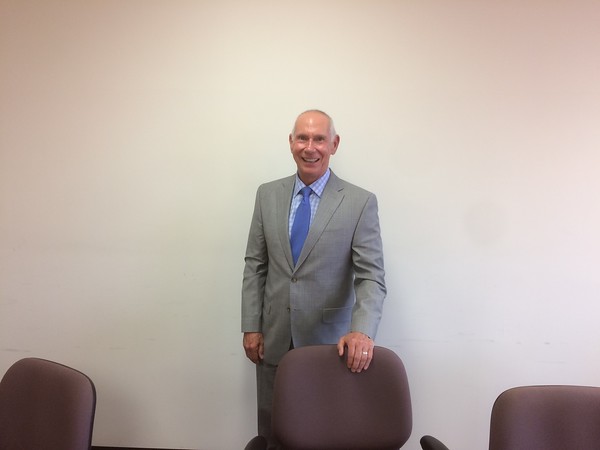 NEW BRITAIN - With budget deficits looming at a statewide level, Connecticut State Colleges and Universities President Mark Ojakian has introduced a plan that aims to save the CSCU system money.

Ojakian’s “Students First” plan calls for the consolidation of “back office” services in the CSCU system - such as purchasing, human resources, information technology and facilities management. This consolidation would essentially have colleges and universities share these services, rather than having different departments and faculty at each institution providing similar services.

As indicated by the name, the consolidation plan’s intention is to cut costs without affecting the experience of CSCU students.

“We have to come up with a different model. Because if we don’t, the students will suffer,” Ojakian told The Herald in an editorial board meeting Monday evening.

Based on Gov. Dannel Malloy’s budget proposal, the CSCU system is facing a projected $38 million deficit for the next fiscal year, and the deficit is projected to increase each year after 2018. This deficit is the result of increases in salaries and wages as well as decreased state aid.

Eighty percent of CSCU expenditures go to employees and 95 percent of full-time employees in the system are under negotiated contracts, so looking at administrative positions as a way to save money was crucial while still aiming to provide good educational services to students.

“What I don’t want to do is close a campus,” Ojakian said of alternates to the consolidation plan.

Ojakian gave the example of Tunxis Community College as an example of an institution that is struggling financially but could be helped with more institutional collaboration.

Ojakian’s consolidation plan actually has two facets - a system-wide consolidation of administrative services and an organizational consolidation for Connecticut’s 12 community colleges. Both parts of this plan are expected to be fully implemented in about two years.

Ojakian told The Herald that 400 to 450 jobs will be cut in the “Students First” consolidation plan. These cuts will come during the two-year implementation of the plan.

“I’m convinced that if we continue to keep our focus on teaching and learning and student services, we’ll be able to cut the administrative expenses and not impact students,” Ojakian told The Herald. “In fact, in my model in year three, we get to the point where our revenue exceeds our expenses.”

As far as implementation goes, Ojakian said consolidating purchasing departments may be the easiest to do.

The planning phase on the “Students First” plan is already underway and in the meantime, Ojakian has been hosting town hall structured meetings at CSCU schools ahead of the plan’s implementation to explain portions of the plan and the reasoning behind it.

“We’ve had a couple of really good town halls that have been mostly respectful, which I always appreciate,” Ojakian said.

Ojakian will visit CCSU today to help explain the consolidation plan and will be in the Alumni Hall in the school’s student center from 1 p.m. to 3 p.m.

Before Ojakian’s visit, CCSU faculty, staff and students are expected to hold a rally at 12:30 p.m. in protest of the consolidation plan. Protesters will move to the Alumni Hall at 1 p.m. to ask Ojakian about his plan in person.