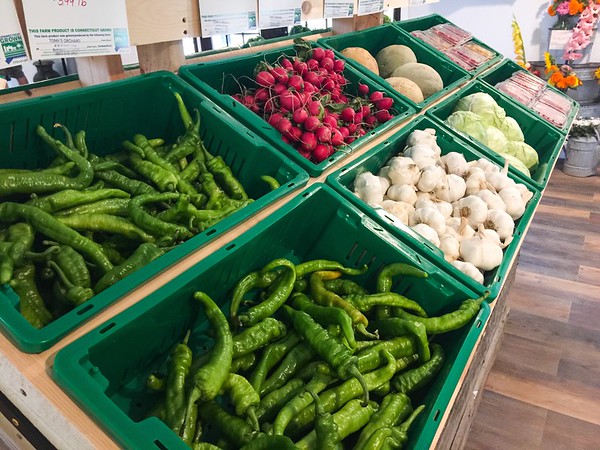 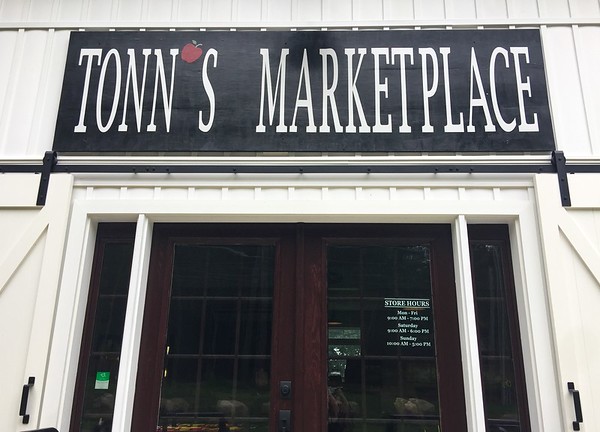 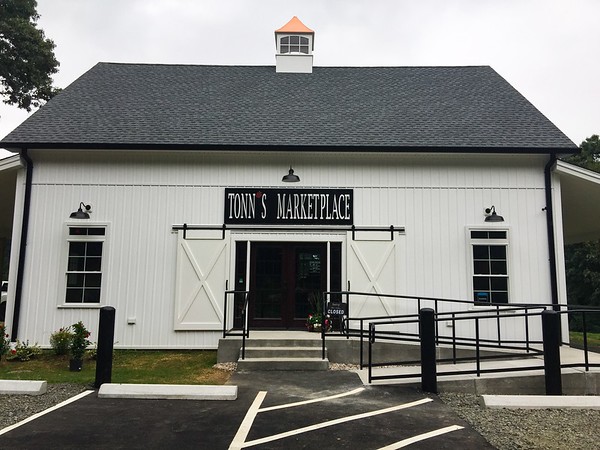 BURLINGTON - The owners of Tonn‚Äôs Orchard, accustomed to growing tomatoes, peaches, apples and more, are now trying to grow a business.

Tonn‚Äôs Marketplace, at 418 Milford St., on the Bristol-Burlington line, had its soft opening Monday. The farm store, owned by Jordan Tonn, his wife and his brother, Jon, aims to provide fresh, local produce and ingredients.

The shelves at the marketplace are lined with products from local farms and businesses - from spices made by The Nutmeg Spice Company in Terryville, to jams and pickles from Twin Pines Farm in Thomaston, to maple syrup from Lamothe‚Äôs Sugar House in Burlington.

‚ÄúThat‚Äôs one of the things we pride ourselves on - all local vendors,‚Äù said Jon Tonn.

A few shelves house multi-colored soap from Cotton Hill House and Home in Burlington and Ridge Runner Soaps in Harwinton with scents like lavender and peach.

Even the snacks are local. In the cooler you‚Äôll find Avery‚Äôs Soda from New Britain, and by the register you can snag Deep River Potato Chips from Deep River, Connecticut.

Jordan Tonn said they want the store to be a one-stop shop.

The Tonns said they met many of the vendors now at their store at farmers markets. Jordan Tonn noted that the Bristol Farmers Market was an especially great place to meet other local farmers and business owners.

‚ÄúIt‚Äôs such a good, thriving thing for the community,‚Äù he added.

The Tonns are still adding vendors to their store. It can be hard for small farms and businesses to get their products into big stores, so a marketplace focused on local offerings can help.

More and more, Jordan said, there is a demand for local, fresh ingredients. That gives him hope in Tonn‚Äôs Marketplace, and their Community Supported Agriculture (CSA) program. With CSA, people can pick up fresh groceries every week throughout the season for a discounted price.

You can look through the back window of the store and see right where the food comes from, he said.

‚ÄúIt‚Äôs fresher than you can get at the grocery store,‚Äù said Jon Tonn. At a grocery store, it can take weeks for fruits and vegetables to travel from the farm to the store to finally reaching the dinner table. At a farm store, that process only takes hours. Farmers pick the produce in the morning and customers eat it for lunch or dinner that day.

‚ÄúWe have fantastic peaches,‚Äù he said. The best peaches will be out next week. Most people eat them over a sink because they‚Äôre so juicy, Jordan Tonn noted.

Tonn‚Äôs Orchard is also known for its tomatoes. They grow over 900 tomato plants in one of their greenhouses and grow twice as much as that outside.

‚ÄúOur secret is we pick them nice and ripe,‚Äù said Jordan Tonn. They always put tomatoes front and center at farmers markets.

During tours where they teach adults and kids how things are grown, they‚Äôre always sure to point out the tomato plants, which grow up to fifteen feet in the air.

Jordan Tonn, who has a newborn daughter, hopes to pass the love of farming onto her.

‚ÄúIt‚Äôs an investment in the next generation,‚Äù Jon Tonn said.

Tonn‚Äôs Marketplace is open from 9 a.m. to 6 p.m. They offer pick-your-own at the Terryville location at 270 Preston Road.