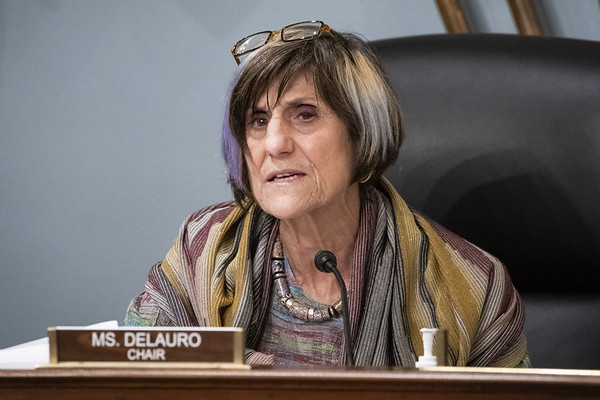 HARTFORD - U.S. Rep. Rosa DeLauro was elected chair of the House Appropriations Committee by fellow Democrats on Thursday, a position colleagues say will make her the most powerful Connecticut politician in Washington in generations.

House Democrats voted 148-79 in favor of DeLauro, 77, over Rep. Debbie Wasserman Schultz, of Florida. DeLauro, a 30-year member of the House, will succeed retiring Rep. Nita Lowey, of New York, in January.

DeLauro - who represents the 3rd Congressional District, which includes New Haven and part of Waterbury - will lead a panel that controls around $1.4 trillion in spending, a hefty chunk of the federal budget.

DeLauro said Thursday that being elected chair is one of the greatest honors of her life.

“It is a unique time,” she said in a statement. “We are in the middle of a health and economic crisis that must be addressed, communities of color face systemic racism, and we welcome a President with a mandate for change, yet we may still face gridlock. As House Appropriations Chair, I am prepared to deliver the boldest progress possible for Connecticut and families across the country in the next Congress.”

“Working families across the country will have a true champion ensuring that their voices are heard over the special interests, and that they have a seat at the table as we all work together with President-elect Biden and his administration to build back better from this pandemic,” Gov. Ned Lamont, also a Democrat, said in a written statement.