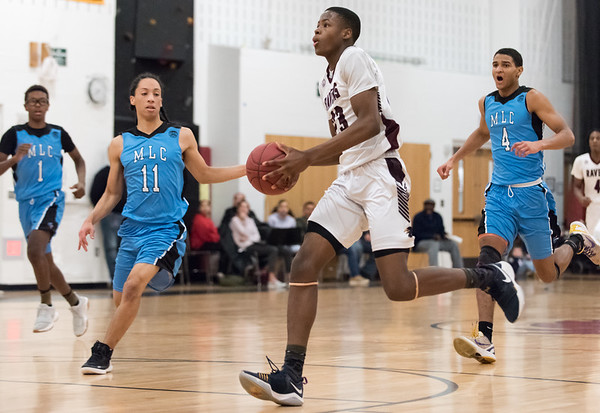 NEW BRITAIN - The Innovation boys basketball team is moving on.

The Ravens beat Aerospace 54-45 in the CRAL semifinals Friday night.

Innovation will be playing Parish Hill at home Tuesday at 7 p.m. for the conference title

The Ravens started off slow, but made some adjustments to start to pull away in the second quarter.

But it wasn’t the scoring that got Innovation the win, it was the Ravens’ defensive efforts as well.

“I thought our defensive effort in the second quarter was a difference maker,” Innovation head coach Matthew Lance said. “We really got some stops and got the rebounds.”

Two key contributors on the defensive end were Malcolm Lewis and Ramiesh Bogel.

As for offense, it was senior captain Lenny Okonya, who had a game-high of 19 points.