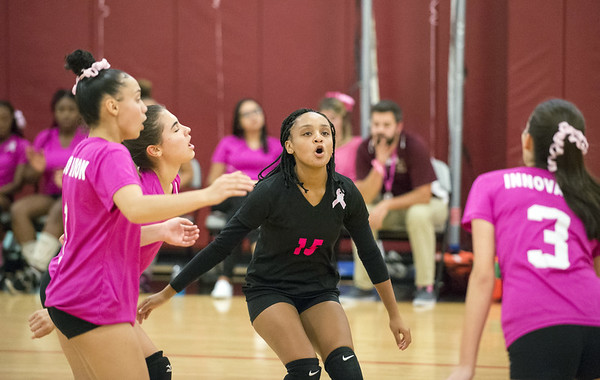 NEW BRITAIN - For the sixth season in a row, the Innovation girls volleyball team will play for in the state tournament.

The Ravens took down University 3-1 on Wednesday to grab their eighth win on the season and once again clinch a chance to make a run at a state title.

“It’s a great accomplishment,” head coach Matt Lance said. “Regardless of the players we have, we’re able to put ourselves in position to play in the postseason.”

Keshliani Hidalgo led the way with eight kills and a pair of service aces, while Leeneysha Vargas added five aces from the service line. Freshman Patrice Broguhton chipped in four kills and two blocks to highlight solid play from Innovation’s young core, which saw plenty of playing time after the starters took a 2-0 lead in the match.