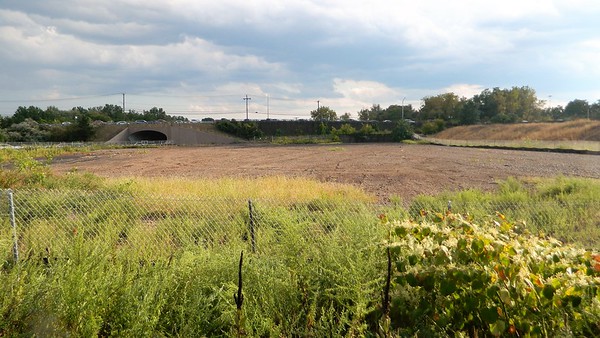 Erica Drzewiecki | Staff The former National Welding site at 690 Cedar St., which the town is preparing to sell for $1.47 million to a Texas developer with plans to build market-rate apartments. Buy this photo
Published on Thursday, 15 October 2020 10:55
Written by Erica Drzewiecki

A long-vacant piece of property is expected to return to Newington‚Äôs tax rolls this year.

Anthony Properties, a real estate developer based in Dallas, Texas, has offered the town $1.47 million for 690 Cedar St.

The 3.99-acre site is the former home of National Welding, seized by the town in the 1990s after falling behind on back taxes. It became a prime piece of real estate over the last decade, after the State Department of Economic Development funded a $2 million cleanup there and CTfastrak‚Äôs Cedar Street Station was built immediately-adjacent.

Town Manager Keith Chapman is preparing to enter into the purchase agreement with Anthony Properties. A formal written contract cleared by Town Attorney Ben Ancona is now being reviewed by the Town Council, which hopes to authorize the sale after a special meeting this Thursday night.

‚ÄúThe intent of the buyer is to develop a Class A, market-rate, transit-oriented, multi-family community,‚Äù Chapman told the council during its regular meeting Tuesday. ‚ÄúIt would have indoor parking with a wrap-around style building.‚Äù

Former Councilman Clarke Castelle pressed for more information on the purchase agreement during a public hearing prior to this meeting.

‚ÄúYou can‚Äôt expect the public to offer meaningful, informed comments or opinions on whether selling is a good idea or not, if they don‚Äôt have more than a vague idea of what a proposed sale is all about,‚Äù Castelle said. ‚ÄúI hope that you will consider keeping the public hearing open for another two weeks to allow the public to study all of the relevant material and come back to you later with comments.‚Äù

Councilors had previously discussed the matter during executive sessions and the proposal was approved by the Town Plan & Zoning Commission. Up until Tuesday however, neither body had revealed much more besides the property‚Äôs address and the developer‚Äôs intent.

The sale price and the name of the buyer were both made public after Castelle‚Äôs inquiries at the hearing.

He also urged the town to designate at least 10 percent of the apartments as ‚Äúaffordable‚Äù to help satisfy unmet state requirements. The town is currently working on an Affordable Housing Plan to meet this mandate. Specific sites have yet to be identified for adding low- to moderate-income apartments to the town‚Äôs housing stock.

‚ÄúIt‚Äôs our job as a council merely to decide whether or not the town wishes to sell the property, but not necessarily how the property would be used,‚Äù Mayor Beth DelBuono clarified.

The developer would eventually be responsible for submitting an application for building permits to the TPZ, which must give the go-ahead before any new project breaks ground.

‚ÄúThey probably don‚Äôt have those plans prepared yet,‚Äù Chapman said, adding that at this point in time, ‚Äúthey‚Äôre ready to buy it if you‚Äôre ready to sell it.‚Äù

‚ÄúThis is a property that has been sitting on our tax rolls collecting no taxes for many years now,‚Äù DelBuono pointed out. ‚ÄúTo me this makes a lot of sense for our town to get this property back on our tax rolls as an active taxpayer.‚Äù

Councilor Chris Miner requested a few days to review the contract, which they hadn‚Äôt seen prior to the meeting.

‚ÄúI support the sale of the property; I just have concerns about doing it in such a hasty fashion,‚Äù he said.

Councilors agreed to schedule the special meeting for this Thursday, Oct. 15 at 6:30 p.m. before taking a vote.