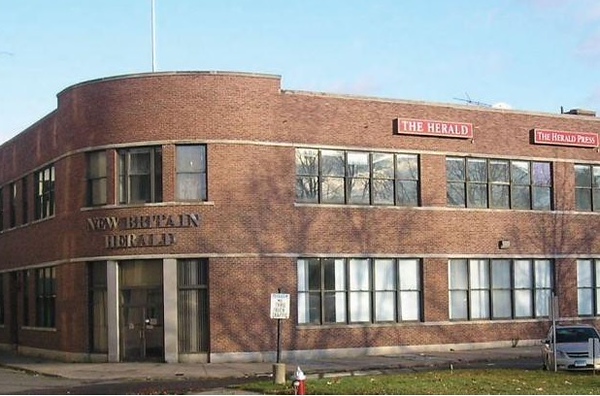 Contributed photo | The late Richard Covini, a former Herald reporter and editor who passed away April 14 Buy this photo

NEW BRITAIN – A legend and highly respected veteran of local journalism has passed away.

Richard “Dick” Covini died April 14 at 99 in his Berlin home. The former New Britain Herald reporter and suburban editor was remembered fondly this week by those who worked with him during his 45-year career at the newspaper.

Lindsley Wellman, former Herald president and general manager from 1958 to 1995, referred to Covini as “Mr. Berlin.”

“He was really the heart of our suburban coverage,” Wellman said. “He knew everybody in town and he was one of our most valued employees. He was an excellent editor and reporter and he really cared about people.”

After spending his first six months working for the paper’s circulation department, Covini took on the job of Berlin reporter. Over the next 25 years he immersed himself in the town’s history and happenings, becoming a strong voice for Berlin and revered among various organizations, schools and town officials.

Late Herald editor and publisher Judy Brown made a comment when Covini retired in July 1990 that is quoted in his obituary: “A Herald without Dick Covini’s input is hard to imagine. He has been the spirit that has animated the suburban news for so many years. When I started at the Herald, he was known as ‘Scoop’ Covini, the voice of Berlin. When ‘Scoop’ went on to become suburban editor, he brought to the job the same energetic attitude that made him such a successful reporter. Suburban reporters became his ‘kids’ and he was always willing to take time to help them with anything. Dick cared deeply about the reporters, the people he and they wrote about and the readers.”

Bill Millerick was one of those young reporters who Covini took under his wing in the 1970s. The Plainville resident credited his former mentor with laying the foundation for his own long career in the community.

Millerick went on to become executive editor and much later, executive director of the Greater New Britain Chamber of Commerce.

“Dick was known far and wide throughout the region because he understood how important town news coverage was to readers,” he conveyed of his former colleague.

“Dick was one of our best sources for recounting stories of local history and he will be sorely missed,” board members wrote. “If not for his Italian immigrant family members telling relatives they could find work here in the booming Berlin brickyards, his family might have wound up elsewhere and it would have been our loss.”

Covini volunteered with his church, St. Paul’s of Berlin, as a member of the Knights of Columbus Msgr. Thomas L. Greylish Council.

He loved to golf and also served on the Greens Committee at his home course of Timberlin for many years.

Services are planned for this Wednesday in Berlin.