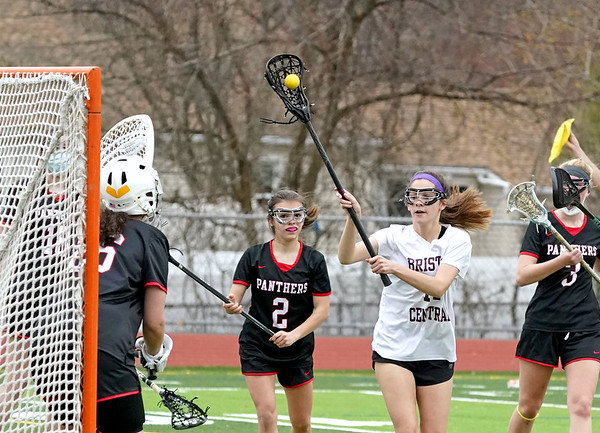 BRISTOL -- Bristol Central girls lacrosse's offense continued to roll in its 17-9 win over Middletown on Friday.

Sadye Kowalczyk spearheaded the Rams attack with seven goals, while Lexi Michaud notched a hat trick in their second win of the season. Lily Hansen and Emily Lowe each had two markers and Madison Secor, Ella Ward, and Abby Duval potted single strikes.

The Rams will travel to Wolcott on Saturday at 11 a.m.

Newington 3, Rockville 0: The Nor’easters responded with a win against Rockville on Friday.

The Nor’easters will head to Maloney next on Monday at 5 p.m.