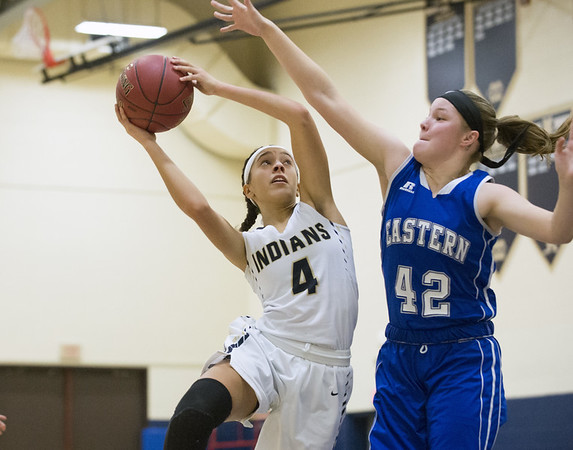 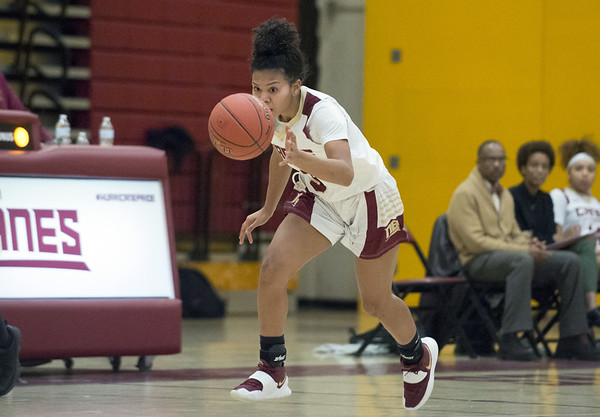 Maya Slisz (3) on a breakaway after a steal for New Britain. | Wesley Bunnell Buy this photo

The 2020 girls basketball season was shorter than expected, but area teams managed to produce memorable seasons on the hardwood.

Ten athletes were selected for this year’s All-Herald Team among the local girls basketball programs.

At Newington, Lilly Ferguson, Alexie Armour and Karissa Zocco each put together strong seasons for the Nor’easters, as all three were crucial in their perfect 12-0 slate.

“Lilly made an immediate impact for a program right away,” Newington coach Marc Tancredi said. “She is gifted on the offensive end and did a great job of finding teammates to create scoring opportunities. She had some really big moments for us throughout the season. In my mind, she not only solidified herself as one of the best players in the CCC but the state of Connecticut.”

Ferguson scored 17 points in the CCC title game, in the Nor’easter’s 52-40 win over Windsor.

“Alexie had a tremendous career at NHS,” Tancredi said. “It was extremely difficult to take her off the floor because of all the different ways she impacted the game. She was dominant on the boards and was able to guard anyone on the floor. Her leadership and work ethic is going to be missed next season.”

Armour and Ferguson were two of the five seniors on the Newington squad, while Zocco completed her junior season.

“Karissa came on strong in the CCC tournament for us, hitting multiple three's in that three game stretch,” Tancredi said. “The part of her game that doesn't get enough credit is her defense. She is not only a capable scorer, but has been a reliable defender all year long. We are looking forward to a big senior year from her!”

New Britain and Southington each earned two selections on the team, as Maya Slisz and Kaylee Cahill were chosen from the Hurricanes and Livvy Pizzitola and Allison Carr were picked from the Blue Knights.

New Britain finished 5-7 in the CCC, but concluded the year with a win in the consolation round, beating Tolland, 62-30.

“Maya was a pleasure to coach and will be missed next season,” Hurricanes coach Beryl Piper said. “She was great at reading situations and making game time decisions.  Her range was off the chart and made it difficult to guard her.

“Kaylee really came on strong as the season progressed and her confidence increased.  She had multiple games where she knocked down numerous threes,” Piper said. “I loved watching the improvement she made this season and can't wait to see her growth over the next two years.”

Led by Pizzitola and Carr, Southington went 10-2 in the CCC, before falling to Newington in the semifinal round, 49-32.

Both seniors, the Blue Knights duo carried the offense as Pizzitola averaged 11.6 points a game while Carr averaged eight points a contest.

At Plainville, Jaida Vasquez led the Blue Devils to a 9-3 CCC record, before they lost to Manchester in the first round of the league tournament.

A four-year starter, Vasquez was a two-year captain and averaged 18 points a game this past season, while also eclipsing the 1,000-point mark in her career.

“Jaida is one of the most humble and selfless players that I have ever had the honor of coaching,” Plainville coach Jessica Neuweiler said. “She has a tremendous ability to take the ball to the hoop and score even in the toughest situations. Jaida worked extremely hard for our program over the last four years. She always lead by example and truly left a positive impact on the Plainville program.”

Megan Lukaszewski earned a selection from Goodwin Tech, as the sophomore paced the Gladiators to a 9-2 overall record.

“Megan elevates our team’s success by giving us whatever we may need for any particular game,” Goodwin Tech coach Jeff Bemis said. “She can rebound, handle the ball, shoot from outside, drive to the basket and create opportunities for her teammates.She is also the ranked No. 1 student in her class.”

Berlin drew top-seed Glastonbury in the first round of the league tournament and lost, 53-33.

"Carly has been a vital and key part of the success of our program over the past four years,” Redcoats coach Sheila McCabe-King said. “Her outstanding leadership combined with a great competitive edge, athletic skill and a crafty game of basketball has earned her many well-deserved accolades, this one included and we will miss her next year."