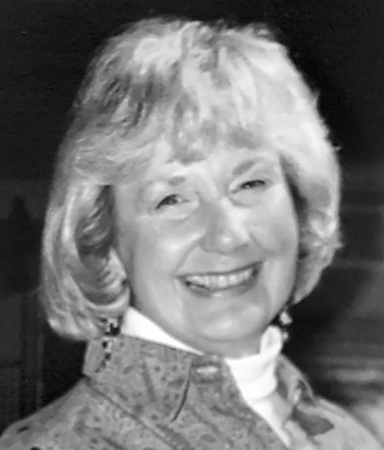 Barbara Waskowitz, 85, of Avon, died peacefully, supported by her family, on June 9, 2021. Barbara was the daughter of the late John and Pearl Hittinger and sister of the late Bill Hittinger and Ruth Motz. She is survived by her son, William of Cincinnati, Ohio, Robert and his wife Meghan of Avon, and David of Old Lyme, and daughters-in law Sandra Castlevetro, of Killingworth, Martha Slater of Cincinnati, Ohio, and Kim Simeone of Cromwell. Barbara was the proud and loving grandmother of Clarke, Hannah, and Emily; Jackson, Jacob, and Addie; and Samantha and David.

Barbara was born on Dec. 27, 1935 and was raised in Bethlehem, Pa., graduating from Liberty High School in 1953. She then studied biology at Mount Holyoke College, where she was also a talented member of the equestrian team. It was during her years at Mount Holyoke that she befriended and roomed with her dear friend, Betsy Waskowitz. Betsy thought it might be a fun adventure for Barbara to go on a blind date with her brother, Bill. Barbara and Bill were engaged several months later, and married on September 22, 1957 in the Yale Chapel in New Haven Conn.

Barbara and Bill resided briefly in Virginia and Oklahoma, before settling in New Britain to raise their three boys. Barbara’s love for the arts and commitment to public service led her to become a vibrant part of New Britain’s cultural fabric. She was a member of the Junior League of New Britain, and intimately involved with the New Britain Museum of American Art, volunteering untold hours as a docent and promoting the museum’s acclaimed collection of American arts and crafts. Her philanthropic spirit benefited the Komen Foundation of New Britain, where she served as director for a number of years, helping to establish The Race For The Cure as an annual event in New Britain. Barbara was also involved in The Community Foundation of Greater New Britain, working to establish services and programs to benefit this part of Connecticut. When she was not volunteering or raising her family, Barbara nurtured her strong love of the arts as a member of Wesleyan Potters, where she became an accomplished weaver. She was also a proud member of the New Britain Garden Club, working to support the club’s mission of protecting and conserving the natural resources of the city and promoting civic beauty.

Most importantly, Barbara received her greatest joys in life by being with her family, who will remember her as a truly independent and adventurous woman who defied conventional expectations. Cherished memories of Barbara include her ski-patrolling at Mt. Southington, picking apples at Roger’s Orchards, and relishing an Avery’s soda. She and Bill traveled extensively, sight-seeing and golfing throughout the world. She instilled her love of sports in her three boys, introducing them to activities that would become passions in their years to come. Of particular note was Barbara’s love for skiing; her enthusiasm prompted sneak-away ski trips with her sons, until she was finally able to persuade her risk-averse orthopedic sports surgeon husband to join them all on the slopes, resulting in many, many years of fun and vacationing at Vermont’s Stratton Mountain. Perhaps more than anything else, Barbara’s love and compassion for others served to define her full and happy life. No matter what struggles came her way, Barbara always put others first, knowing that creating a happy and caring community was essential for leading a meaningful and compassionate life.

Calling hours for Barbara will be on Saturday, June 12, 2021, from 4 to 6 p.m. at the Carmon Funeral Home and Family Center, 301 Country Club Road, Avon. In lieu of flowers, Barbara’s family requests that charitable donations be made to the New Britain Museum of American Art, 56 Lexington St., New Britain, CT 06052. To share a condolence message with Barbara’s family, please visit www.carmonfuneralhome.com .